BigShots Golf, a new golf experiential platform, is teeing it up to compete with Top Golf.  And they have the backing of ClubCorp to get started.
There are several big differences between BigShots and Top Golf.  The main one is that you can actually own a BigShots facility, whereas Top Golf facilities are all owned by Top Golf.
So, if you like the idea of a Top Golf-like experience and would like to be in that kind of business, now you can. You can also add a BigShots “lounge” experience to an existing business at a golf course or restaurant or mall.
BigShots is the brainchild of software designer Jason Payne of Peoria, Illinois, who was looking for his next big thing.
“I’m a technology guy tried and true,” Payne said in an interview at the PGA Merchandise Show.
His degree is in computer science and not from Stanford or MIT so right away, he has successful underdog credentials.  He graduated from Devry University in Chicago. After graduation, he worked in the Chicago area for three years but missed his family and returned to Peoria.

“I left my job and got lucky. I started a software company three months later, and five months later sold it to a public company,” Payne explained. He stayed with them for five years.

But Payne confesses to being a serial entrepreneur and so he started another company and then another, which he still owns.

“BigShots Golf, I created almost out of a personal quest to create golf entertainment kind of the way Top Golf was going about it, but more family driven and more graphically driven in software,” he said.

He likens playing BigShots to playing pinball in that you don’t have to be good to get a score. You can just be lucky. That means a six-year-old can have success just as easily as a 60-year-old.

Payne wanted the customer experience to be fast and efficient, but he also wanted it to be fun to play. The nuts and bolts of creating computer programs that focused on  a smooth interaction with customers was easy for him.

At about the same time as Payne was working on perfecting Big Shots and starting to build his first facility in Peoria, ClubCorp was starting to look for experiential golf products because Top Golf got everybody’s attention.

In addition, ClubCorp already had preliminary discussions with BigShots, but nothing was signed, sealed and agreed to.

“When we really evaluated the landscape, we determined that BigShots was the best solution out there, so we just actively started negotiating with Jason,” Pillsbury continued.

“We decided to deploy the franchise model for speed to market,” Pillsbury added. “It’s taken Top Golf 15 years to get to 50 facilities, so what this allows us to do is scale rapidly.”

In five years, they hope to have 100 facilities.  Rather than going for the biggest markets, they are going to mid-market areas across the country.  And instead of the product being company owned, individuals who have the funds can apply for a Big Shots franchise.  It's like owning a Wendy's.

Not only that, there are two ways to own.

There’s also an indoor or “lounge only” version.

“We have a number of clubs where we will put BigShots lounges in indoors, and we have four or five that we think the outdoor product will work,” Pills bury added. “For example, we’re looking at Firestone CC, taking an existing range and retrofitting it and turning it into a BigShots.”

The franchise model opens BigShots up to all kinds of people across the U.S.

There is, according to Pillsbury, an initial franchise fee starting at $125,000, with the actual fee depending on the size of the franchise territory.

The cost to build a new facility from scratch –which includes a range and a clubhouse -- he estimates is $8 to $12 million.  Then as a part of the full package, ClubCorp is hired to run the facility so there’s consistent and professional management.

“The franchise model engages entrepreneurs that love golf all over the country, and we can move much more quickly in expanding BigShots,” he said.

But many locations will not need to spend that $8-$12 million because the franchisee may want BigShots at an existing golf course or at a mall or some other kind of location. So long as it fits the BigShots parameters, which will be decided on by ClubCorp, the location can be in business.

“If you’re a retail location, and you want more stickiness, you want people to stay longer,” he added, “you get a lounge franchise and you put the lounge in and then you pay your royalty and franchise fee but you get the benefit of the business.”

As Pillsbury explained, for someone to build a facility from the ground up, after acquiring the land, it can be 18 to 24 months or longer to develop because of the permitting and construction process.

“The lounge will be different because the lounge will be available for franchise mid-summer,” he explained.  “We might have 50 of these by the end of the year in sports bars and malls and restaurants.”   And, one would think, existing golf courses.

According to Pillsbury, an investor could start with one in a retail establishment or have more than that, depending on the size of the business.

“You might want to do a whole row of bays,” he suggested.

BigShots will have selection criteria for retail franchisees as well as for the outdoor facilities.

There is one freestanding BigShots location now, and that is in Vero Beach, Florida.  It is a 10-acre facility with a two-story hitting bay set-up.  There are 30 climate-controlled tee boxes, two sports bars, an event space and a full-service restaurant.  Spaces can be rented by the hour for private parties. And they sell individual, family and corporate memberships. 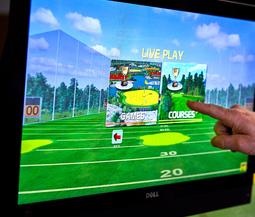 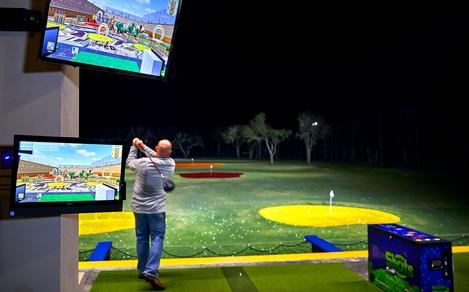 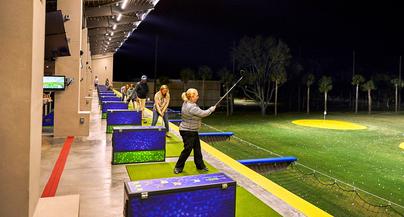 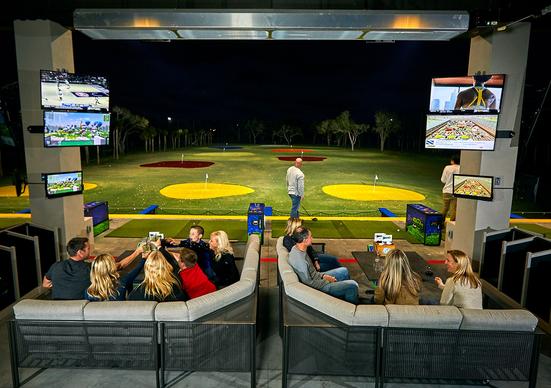 “The gaming side was a nightmare,” he confessed. “I was a Pac Man and Space Invader and Pong and Donkey Kong and things like that, Asteroids, and those are all level based.”

So, he used what he calls “leveling up” in his golf software.

“Complete the first level and get an entirely new screen,” he explained. “ When you achieve a certain level of points in any of our games you get to see an entirely new view, graphically, on the screen and that’s why our games are designed the way they are.”

Libby Godlove is Senior Vice President of BigShots and formerly ran a team of instructors at Top Golf.  She prefers the BigShots experience because she thinks it’s more welcoming for the beginner.  She is one, so she feels like she speaks from experience.

“No matter what level of player you are, you’ll have successes in the games and more than likely walk away feeling good about your play, ”  she said about BigShots.

Godlove said she would have loved to have played golf when she entered the workforce.

“I never felt like it was an approachable game for me because it seemed there were so many barriers to entry,” she added. “I didn’t have clubs or understand the rules or etiquette much less have the financial means to take golf lessons."

What she likes about BigShots golf is that they have clubs ready, they give what she calls “light instruction” in how to hold a club, and then they turn people loose.

“You can swing, and there’s no pressure, no right or wrong way,” she said. “As long as you are doing it safely, we are happy that you are here, and we’re cheering you on. I love that you can hit a golf club in heels or flipflops.”

“We do handicapping in our games,” Payne said about the experience. “So, if Libby and I were playing, if I were better than Libby, then I could play in expert mode and she could play in intermediate or even beginner mode, and our scoring is balance-based on the handicap or level that you choose. So, we can all play against each other.”

“At the same time in the same game,” Godlove added. 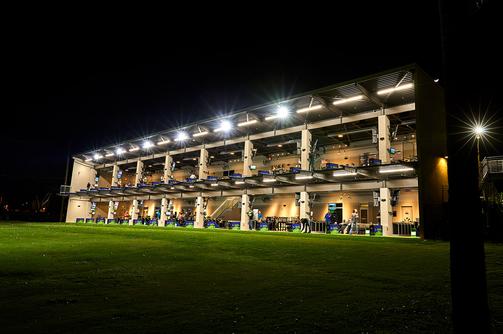 BigShots: The Next Big Thing in Golf

Jim Bones Mackay on his Vetoes with Phil

Could Your Club Be Royal? Is EastLake Similar to Augusta?Nicklaus Cookbook.